Alice D. Domar, Ph.D. is a pioneer in the field of mind/body medicine. She conducts ongoing ground-breaking research which focuses on the relationship between stress and various medical conditions, as well as the impact of lifestyle habits on mental and physical health. 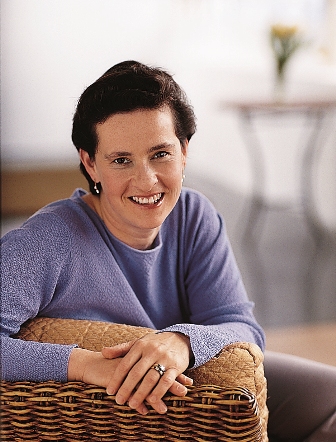 Dr. Domar received her M.A. and Ph.D. in Health Psychology from Albert Einstein College of Medicine/Ferkauf School of Professional Psychology of Yeshiva University. Her post-doctoral training was at Beth Israel Hospital, Deaconess Hospital, and Children’s Hospital, all in Boston.

She is currently the Chief Compassion Officer at Inception, an associate professor in obstetrics, gynecology, and reproductive biology, part-time, at Harvard Medical School, and a senior staff psychologist at Beth Israel Deaconess Medical Center.

Dr. Domar has compiled an impressive list of accomplishments as a best-selling author, media authority and sought-after public speaker. She is the author of numerous books, and is on the advisory board for Parents Magazine, Resolve, and Easy Eats. She has been on the Board of Experts for LLuminari and a columnist for Redbook and Health magazines. She was also a featured expert on the online social health network BeWell.com.

Three of her books have been finalists for the Books for a Better Life Award. She was also the Series Editor for a series of mind/body books by Harvard Medical Publications/Simon and Schuster. She is the narrator of the DVD’s “Stress and Relaxation Explained” and “Infertility Explained”, both of which won silver Telly Awards. Dr. Domar has appeared on the Today Show, Good Morning America, CBS This Morning, Dateline NBC, CNN, PBS, and the CBS and NBC Evening News, to name a few. She presents lectures and conducts workshops throughout the US and around the world and went on tour with Oprah in the spring of 2004 and 2005 with the LLuminari team. Dr. Domar was named to the prestigious list of 15 “Women to Watch in 2004” by Lifetime TV. One of her books was co-authored with Dr. Susan Love, called “Live a Little” (Three Rivers Press, 2011). Her latest book is “Finding Calm for the Expectant Mom” (TarcherPerigree, 2016).

She has been a keynote speaker and workshop leader at conferences worldwide and her clients have included PepsiCo, Bloomberg, Bank of NY/Mellon, General Electric, Johnson & Johnson, NECA, Merck, Ferring, and EMD Serono.

Testimonials
“We could not have asked for a more fitting and inspiring speaker. Your presentation was simply fantastic, striking the perfect balance of humor, compassion and practical guidance.”

"Another excellent presenter with very helpful information. Great stories with both depth and humor. Thank you!"

"She was superb! Great presenter and great content. She is superior and someone I’d want to see in a hospital setting!!! She is very smart and very funny, a perfect combo!"

“Ali Domar was fabulous. She struck a cord with every woman in the room. She was practical in her advice, serious when she needed to be and oh so very funny! I loved it.”